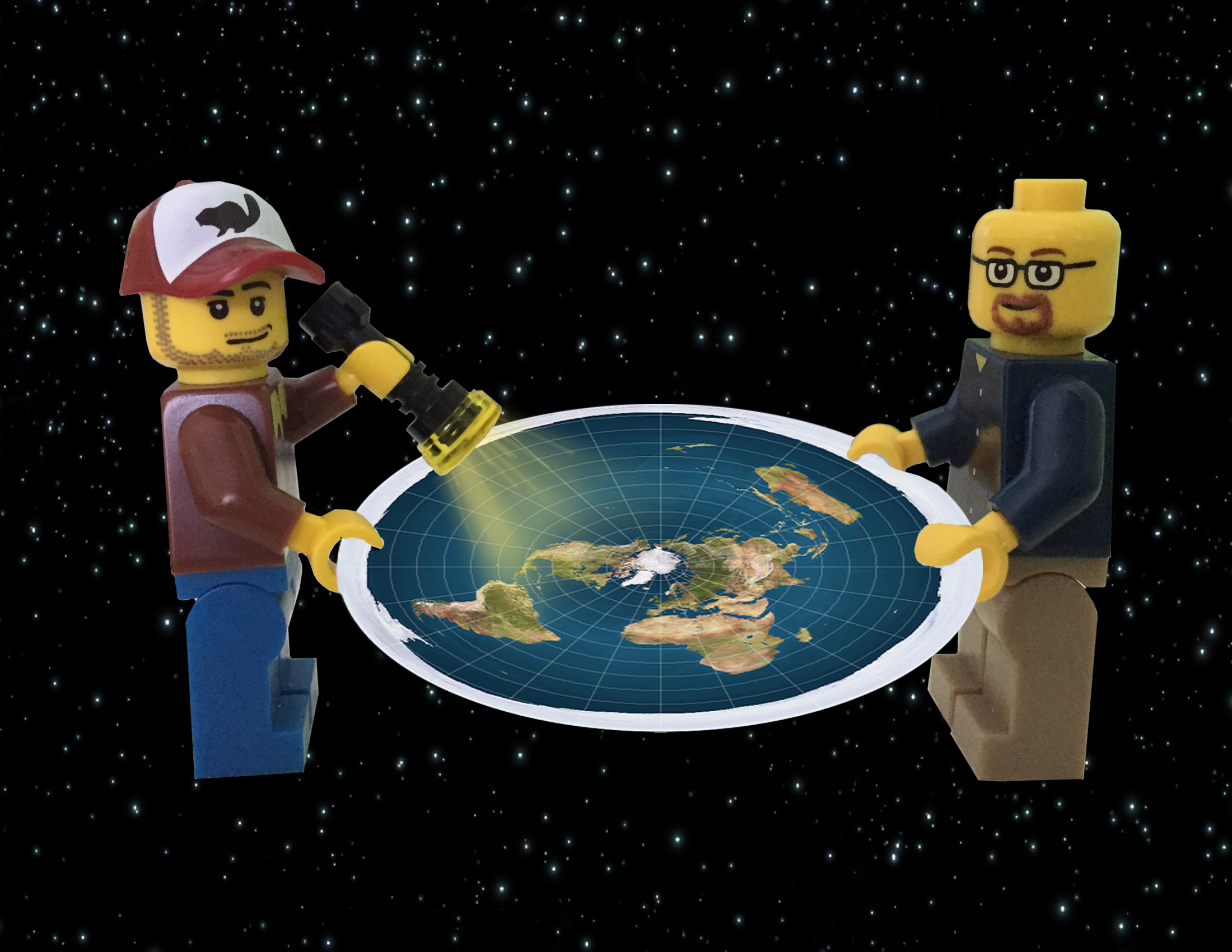 Tackling a topical subject, Blurry Photos take a brief look at the infamous flat earth theory. More famous than the hollow earth and more popular than HAARP, flat earth theory is the thought that the earth is a flat disc floating stationary in space (or a void). The boys discuss the history of this theory through cultures and the recent belief surge in pop culture. Proof both for and against a disc world are presented, and Flora tries not to lose his damn mind (spoiler: he isn’t successful). Get out your levels, throw away your telescopes, and don your tin foil hats, this episode might leave you feeling a little… not-round! (The Epicenter of the Theory, A Round Earth Top 10, An Educator’s View)