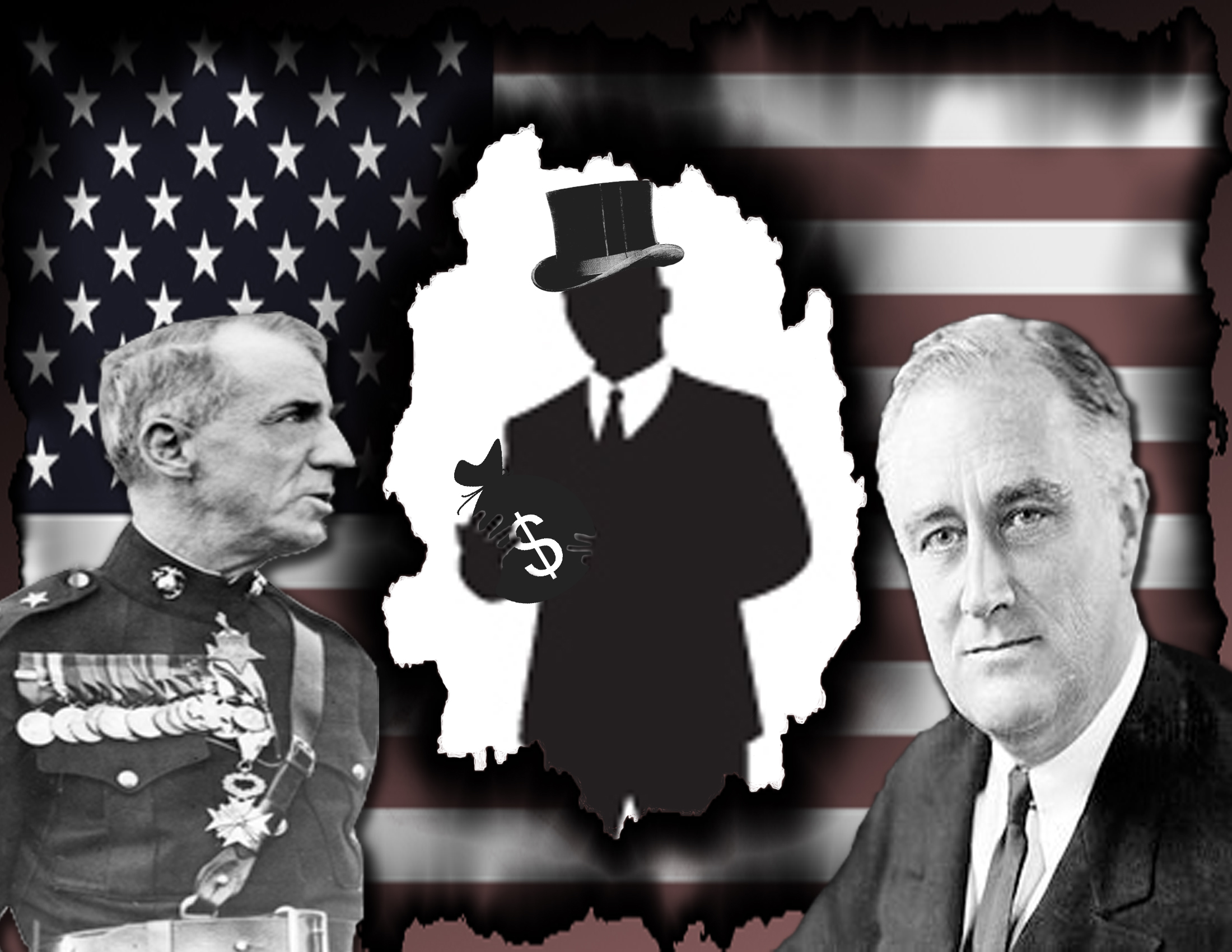 The boys take a look at an event from one of America’s darkest times as they discuss The Business Plot. A rather little-known conspiracy from America’s recent past, The Business Plot was an apparent coup to overthrow the Roosevelt administration and install a fascist dictatorship puppeteered by the wealthy elite. The plan was thwarted, however, by the actions of a marine and true patriot Smedley Butler. Flora and Stecco talk about what led to this plan, who was involved, and if it even happened as reported. Get ready for a healthy dose of political science, economics, and Pearl Jam in this patriotic episode of the podcast! (Butler and the Plot, Butler’s Life, Types of Government)