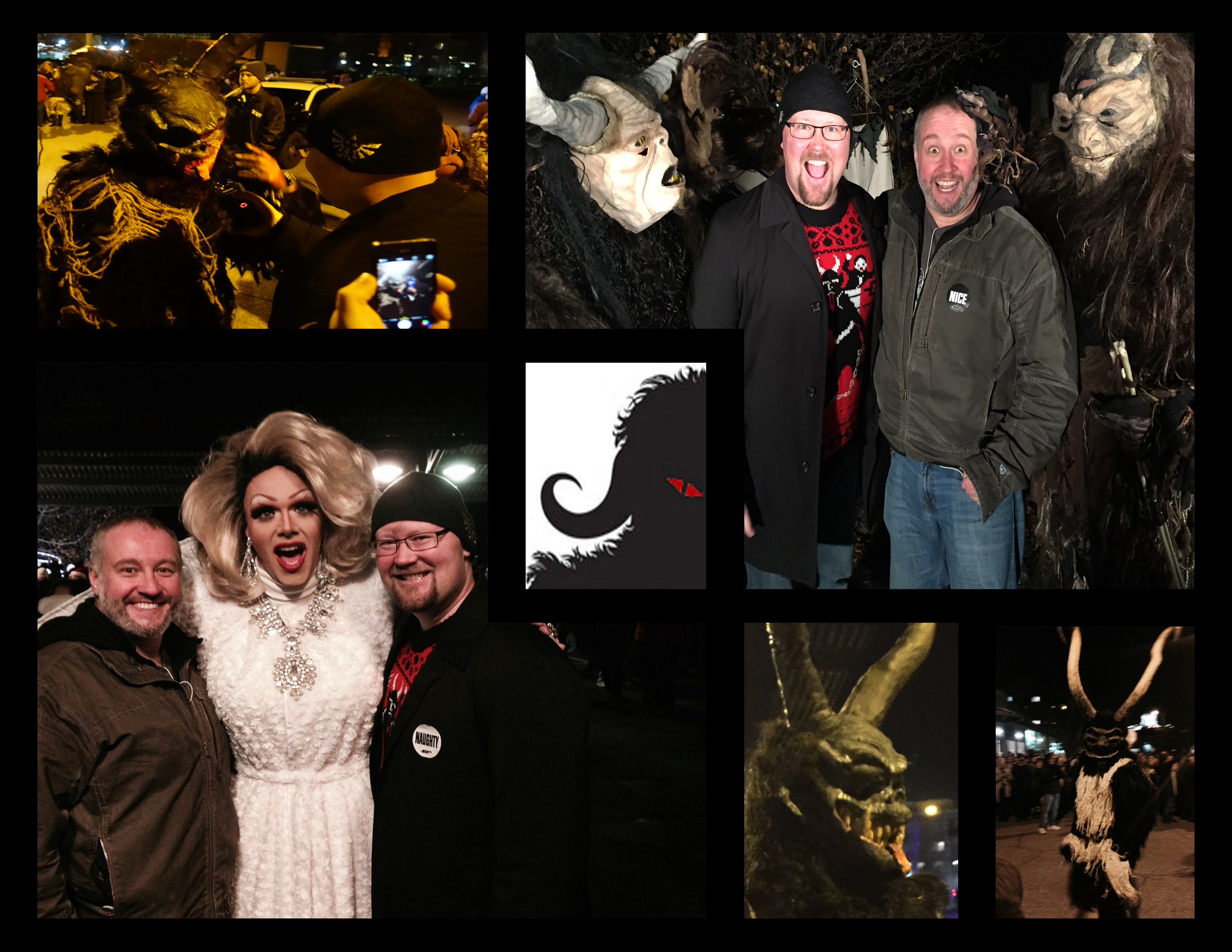 Join Blurry Photos on the road as they experience the 2015 Bloomington Krampusnacht! A night of carousing and scare-ousing, the Bloomington Krampusnacht had lots to offer the boys of Blurry Photos as they road tripped to Indiana for some on-the-go reporting. Joined by Milwaukee comedian Greg Bach and Blastropodcast‘s own Mark Soloff, David and Dave journeyed to Bloomington and recorded the whole damn thing. It’s a different beast from regular podcast episodes, but no less silly. The audio, much like the conversation, is questionable, but you’ll get a sense of what it’s like to road trip with the boys. There’s live reporting from the front lines of the parade, some conversation with friend of the podcast J Nathan Couch, and some revelry with Blurrievers who made the trip! It was a night of frights, friends, and fun, and this episode might leave you waiting with baited breath for next year’s festivities!